Last year I became a privileged owner of a Prusa MK2S 3d-printer. I realized then that I should have bought it much earlier, because it literally opened to me a new dimension in implementing new project ideas. To prevent it from collecting dust while not in use, a simple big plastic bag has been used as a cover. But I thought I wanted to build a nicer case, that in addition could also dampen the noise of the printer in order to be able to work in the same room while printing something. To keep this case as small as possible, I wanted to replace the original included vertical spool holder by a horizontal one. Here you can check out the final design and download it as well. I should be working with every Prusa 3d-printer, which is based on the Prusa i3 steel frame with a thickness of 6 mm. Spools with different internal diameters from 51 to 57 mm can be used. The spool is pivot-mounted on an axial bearing you can easy buy on Amazon: 51108 axial bearing. 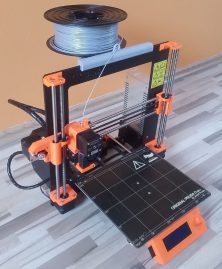 The spool is pivot-mounted on an axial bearing 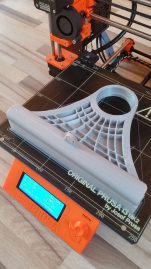 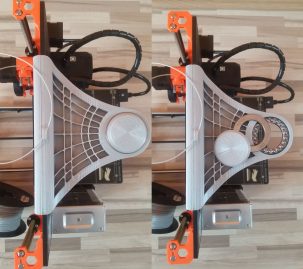 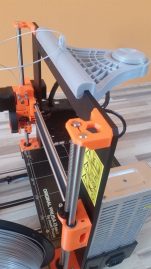 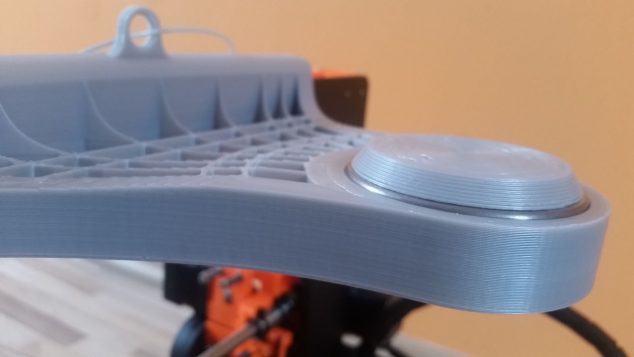 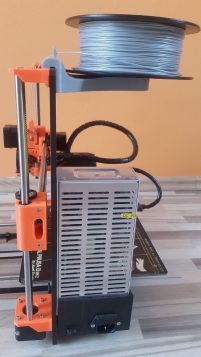 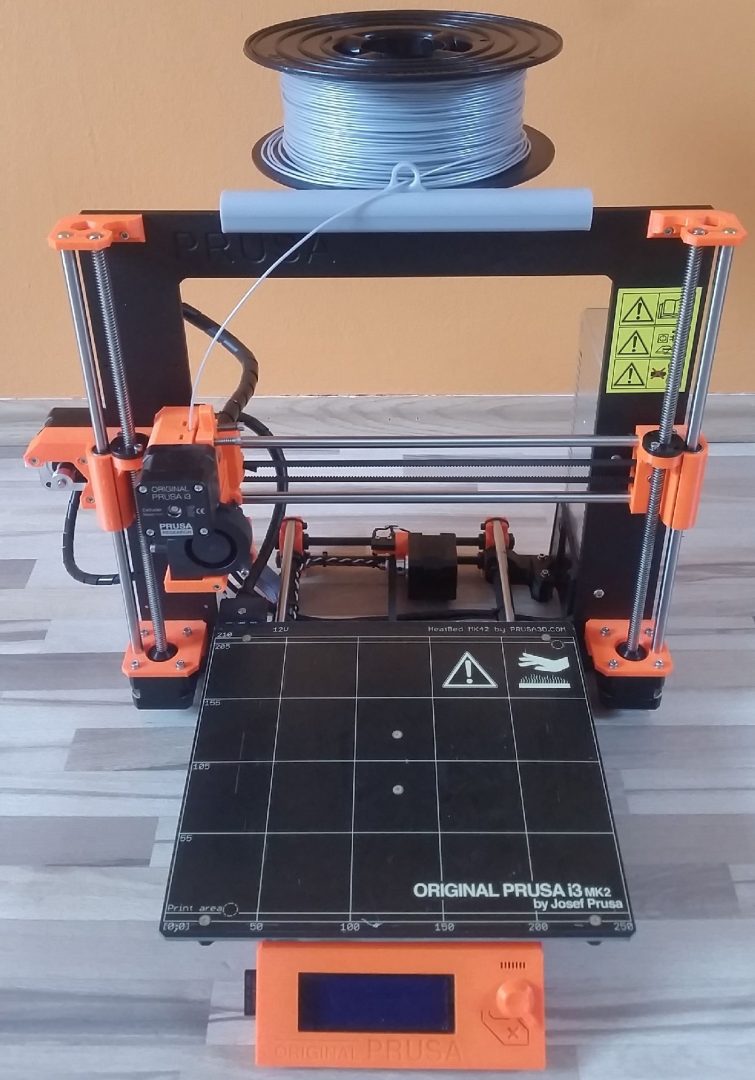